WHY is spiral logic critical now?

The world is in crisis. Evidence proves we humans are headed for the last war. Another Armageddon is a foregone conclusion, if humans are allowed to play God. Are humans permitted to take down with them every other species on earth? Says who? Human hubris. Winners take all. Losers lose all. Straight logic roars: That’s fair. Losers, endangered species on earth, can’t and shouldn’t judge. Might is right. Losers grunt and groan: That’s not fair. The game of survival of the fittest goes on. Spiral justice fuses both logic and emotion into a spiral whole for eternal co-evolution – live and let live.

HOW does spiral logic work?

An example? The same old 100 Most Influential People on TIME (May 2/ May 9, 2016) put Joel Stein, TIME’s sworn devil’s advocate on the last page. FOUR LEGS GOOD, TWO LEGS IRRELEVANT. What a spiral logic! It’s diametrically opposed to TIME’s anthropomorphic editorial policy, putting a Hollywoody woman on the cover. Joel, an ironic Jewish journalist prefers to put Zika mosquitoes on the cover instead, cross-examining us, “which one is more influential? An entertainer who comes and goes, or a mosquito that dies hard. ” I , Kuryu, would put cockroaches on the cover of TIME, if I were TIME’s managing editor, with a subtitle; If we don’t eat roaches, they’ll eat us up. Nukes-minded humans can’t save the world from eventual ruin, let alone TIME or the Economist journalists. Nature’s spiral logic will.  (May 10, 2016)
投稿者 松本空龍（道弘） 時刻: 9:57 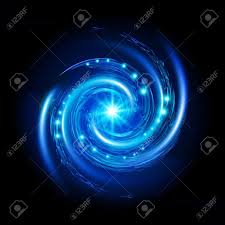